Robin Boyd was affronted by architectural ugliness involving ‘featurism’, which in retrospect looks positively heritage. In the intervening half century the ugliness of our so-called built environment has morphed in rampant proportions across the Wide Brown Land.

Cities and towns have pockets of heritage, which now includes buildings previously criticised for their blandness, circa 1930-60s. Plus a handful of later buildings which inspire, but the rest of the built environment is really pretty crap. That includes most of what is laughingly called ‘modern (ism)’, a la Seidler and co. We’re not talking about the meritorious Murcutts or Stutchburys, designing for elites and the architectural cognoscenti, but houses for everyman.

The built situation out there is catastrophic, as Jack is his master, in his own castle, without any aesthetic pretensions whatsoever. Or if so, then devoid of dare I say, taste! The result is streetscapes everywhere without a skerrick of harmony, as none of the neighbouring houses ‘talk’ to each other, except to say how bloody different they are. Building materials, textures and design are universally of poor, sub-contracted standard. Approvals by local councils lack any aesthetic remit.

In Sydney nature’s gifts of magnificient harbour and beaches distract the eye from man’s poor contribution to the environment. Even moneyed harbourside dwellings are mostly over-scaled and lack any unity with their surroundings. Of course we get used to it, but that doesn’t have to be the norm – think about those European towns and villages you admire in the Old World.

The despoliation of coastal Australia is even more depressing, where nature’s bounty of bush, beaches and rivers is lacerated by our built ugliness. Grungy shopfronts, hodge-podge housing estates, spec-built everything, with nary an architectural touch in sight, assail the senses and sensibilities. All so depressing and alas ubiquitous all over the WBL. Relief comes in our national parks where nature mostly rules, and a man’s castle is his tent……or a caravan, sigh! 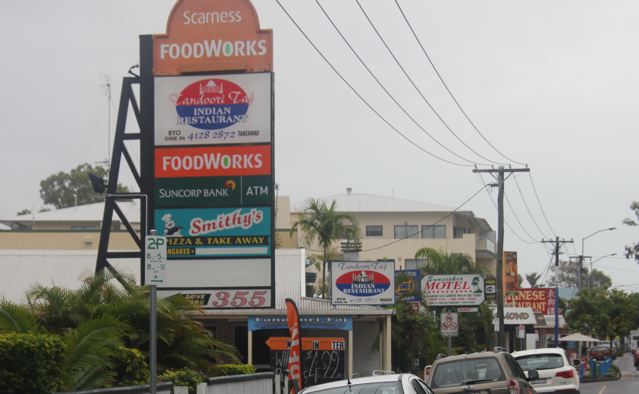