Historians and fans of the Whitlam government have been commemorating the 40th anniversary of its election. In December 1972 Gough and his deputy Lance Barnard hit the ground running, as the expression goes, operating as a duumvirate for two weeks while they sorted out other cabinet appointments. Our new PM quickly announced formal recognition of China, and also a pertinent decision for your KC correspondent, which warrants a personal reflection.

In 1964, in the grip of Cold War paranoia, the Menzies government had introduced National Service for 20 year old males to be inducted for two years in the army and three years in reserves. In ’65 it extended call-up provisions to allow conscripts to be sent overseas to fight, which had only been allowed in Australia once before – in 1943 as the country faced a direct threat. During WWI the issue of conscription divided the nation, but this time the supine, post WWII population copped it sweet. And sure enough by 1966 conscripts or ‘nashos’ were sent to fight in the Vietnam War of Liberation, on the wrong side. One hundred & eighty-five died.

The almost comical innovation in the modern draft was the selection mechanism, as they didn’t need to take everybody: the birthdays of all 20 year olds were put on marbles in a lottery barrel, I kid you not, and the unlucky bastards’ dates were randomly picked out like on a bad TV variety show, with only one crap prize. Having probably never bought a lottery ticket in my life, POH nevertheless won it.  Strangely I’d forgotten the odds of being drawn, but it was a 25% chance in my round of the 16 bi-annual ballots. The final 5 draws were indeed broadcast on that new-fangled device, television. The original barrel and marbles today reside in the National Archives.

As a university student my call-up was deferred whilst my studies continued, and serendipitously a three year degree extended to four in 1972. After much thought about this whole war scenario, I registered as a conscientious objector, which meant arguing in court your conscientious beliefs against war. My father wasn’t happy when he heard that I’d done it without consulting him, but I reckoned that’s what consciences were for, to search them yourself. I thought of draft evasion too, but wasn’t attracted to any resistance groups.

Serious serendipity overtook events this month forty years ago when Gough struck down the conscription laws ‘forthwith’ in that first busy week of government. All national service obligations were null and void and my court case was never scheduled. I was a free man, just when the conscription machinery and courts would have come for me.

I’ve had a soft spot for Gough since then, although I never forgave him turning a blind eye to the Indonesian invasion of east Timor, which in 1970 as Portuguese Timor had been my first foreign country on the way to Bali during uni holidays. In January 1973 I took off to Bali again, and the wilds of SE Asia for a year or so, with my precious savings and freedom intact. The past is a strange country, eh? 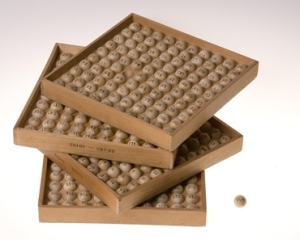